The poorest person of all childhood, had to drop out of school, turning to be one of the richest people of the 21st century

“Pinault’s power is everywhere in France. Financially, he could raise billions of dollars tomorrow if the project interests him. Culturally, there are no publishers in France. dared to post unverified misinformation about Pinault because he owns a series of major publishing houses. Politically, he is a businessman close to the French elite.” an unnamed banking expert told The Guardian.

Bernard Arnault, the 72-year old French billionaire, heads of the world’s leading fashion company Louis Vuitton Moet Hennessy (LVMH), is the richest person in France. It seems like his whole life is full of success, until one of the most bitter fights in corporate history: he lost Gucci Group to Kering. So who was behind Kering that could beat a wolf like Mr. Arnault?

That was François Pinault, who dropped out of school at the age of 16, and now being the second most richest businessman in France.

Who is François Pinault?

Born on 1936 in Les Champs-Géraux, a commune in the west of France, he had been teased down for his whole childhood because of his rural accent and his peasant family. His father was a timber trade, so when he dropped out of school, he followed his father footsteps and worked in the timber industry 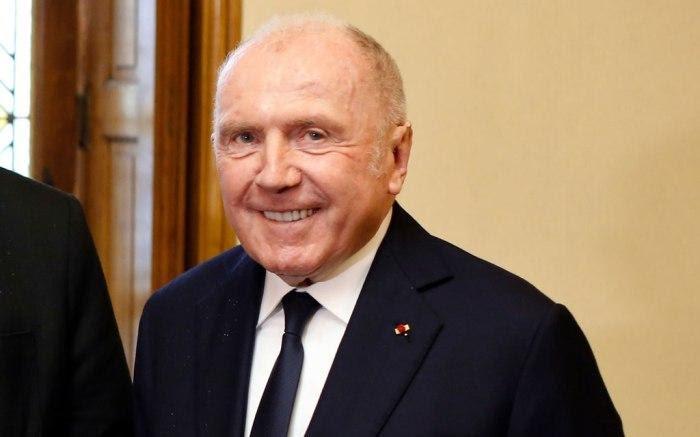 In 1963, he started his first business in wood trading field and the business grew rapidly. His group bought several companies facing bankruptcy, in particular Chapelle Darblay, and relaunched them.

On 25 October 1988, Pinault SA was taken public in the Paris stock exchange. Pinault started to change the direction of its investments to retail companies. It then renamed into Pinault Printemps Redoute (PPR) in 1993 after taking over La Redoute and Le Printemps – two big department store chain in France.

By the end of century, Pinault started to shift his group towards the luxury industry. In March 1999, Pinault-Printemps-Redoute purchased a controlling 42% stake of the Gucci Group for $3 billion, and bought the Yves Saint Laurent company. These two cases, especially the Gucci Group deal, is a huge bomb in the luxury fashion industry. Pinault then purchased the French jewelry company Boucheron in 2000, Balenciaga in 2001, and the British fashion house Alexander McQueen.

In May 2003, Pinault handed over the management of his companies to his son François-Henri. François-Henri Pinault became Chairman of PPR, and continued consolidating the luxury business with new brand acquisitions (Brioni, Girard-Perregaux, Pomellato…). In 2013, PPR changed its name to Kering. Clearly that Henri also get the genius gene in his vain, so under his management, by 2018, the group’s sales reached 13.66 billion euros, up 26.3% over the previous year.

The sixth-sense in business

The god-made talent in business of François Pinault doesn’t only show in the fashion or retail industry. He loves taking risk in business, and turning risks into opportunities.

He was, recalls Jean Tessier, a former employee in the family firm, ‘what you’d call solid – not by any means talkative’. In the early 1970s, he began snapping up dozens of small, undervalued firms around the country to expand his timber concern.

His ruthlessness in turning them around soon became apparent. Much later in his career, in 1986, he bought France’s leading plywood manufacturer, Isoroy, and slashed head office staff numbers from 700 to 25 in the space of two months.

Legions of senior excutives, even those at major acquisitions such as Printemps in 1992 – a huge and highly controversial deal that led to France’s takeover laws being rewritten and which propelled Pinault dramatically on to the national stage – have been first wooed, then unceremoniously thrown aside as the Breton whirlwind tears though the dead wood.

‘Things don’t always go his way,’ said a former Pinault executive. ‘But because he came from nothing, he’s ready to do anything to succeed. He eliminates his enemies, then the witnesses to his success. He doesn’t want to owe anything to anybody.’

But it is as a dealmaker, not as an iron-fisted manager, that Pinault’s talents have been best revealed. He once described his business strategy as ‘the Breton-pig syndrome’, summing it up disarmingly as: ‘When pork is selling well, you should build pigsties. When it isn’t, you should stop.’

Simplistic as it may sound, it provided his first big coup. In 1973, sensing a downturn in the market and a looming oil crisis on the way, he sold 80 per cent of his timber business to Venesta, a British company, for 10 times cashflow – a handy 30 million francs. Then 18 months later, at the end of 1974, he bought it back for just 5 million francs. ‘He has an uncanny sense for the moment,’ said Alain Minc, the banker-cum-philosopher and writer who is one of his closest advisers. ‘His business sense is almost poetic.’

In another instance of what seems at times almost supernatural insight, Pinault got rid of the Paris headquarters of his first big retail venture, CFAO, to Credit Lyonnais in early 1991 for 1.3 billion francs, weeks before the French real estate market collapsed. The bank later booked a billion-franc loss on the building.

Perhaps his most spectacular success has been the purchase of a portfolio of junk bonds held by Credit Lyonnais. The troubled bank had to lose the collection – which included Converse sporting goods, Florsheim shoes and Samsonite – because of legal problems, and lent Pinault the 12 billion francs it needed. The entrepreneur snapped up the portfolio, bided his time, converted some of it into equity, and began selling chunks off. His profit so far is conservatively estimated at 6 billion francs.

Not everything Pinault touches turns to gold, however. His efforts to build a financial empire have faced a series of setbacks. In 1997, he made the largest unsolicited bid ever seen on the Paris bourse, for the financial services group Worms, which was finally bought, to his bitter disappointment, by the insurer AGF and Italy’s Agnelli family.

That failure followed two other unsuccessful bids to move into the financial sector. In 1996, Paribas blocked his bid to acquire Navigation Mixte, a holding company with merchant banking interests, and the previous year he was thwarted in a bid to forge an alliance with Compagnie de Suez after its shareholders, Banque Nationale de Paris and UAP, opposed the link-up.

The ensuing bidding war embroiled some of France’s leading blue-chip companies, but Suez ended up in the arms of the water and cable group Lyonnaise des Eaux.

He cannot really complain, though. Pinault has been helped a long way along the road by French government policy throughout the 1970s and 1980s, which sought to preserve jobs by heavily subsidising entrepreneurs to buy companies in danger of going under. He bought at least one floundering company for a symbolic one franc, and received 250 million francs of government money to rescue it from bankruptcy.

He has also done extremely well out of Credit Lyonnais, the once-mammoth bank that made him his first loan and has over the years provided him with billions of francs of financing. In 1987, it was 300 million francs of ‘Crazy Lyonnais’ money that helped him buy La Chapelle-d’Arblay, a Normandy paper-maker. Three years later, he sold it again, paid off the debt, and pocketed a profit of 525 million francs.

Pinault is twice-married, with three children; one of them, Francois-Henri, aged 36, is being groomed as successor.

Outside his business interests -which, he once said, occupy him ‘approximately 24 hours a day’ – he has nonetheless built up a spectacular collection of modern art at his chateau in Yvelines outside Paris, focusing selectively on big works by well-known artists: Mondrian, Miro, Pollock, Rothko and Rauschenberg. 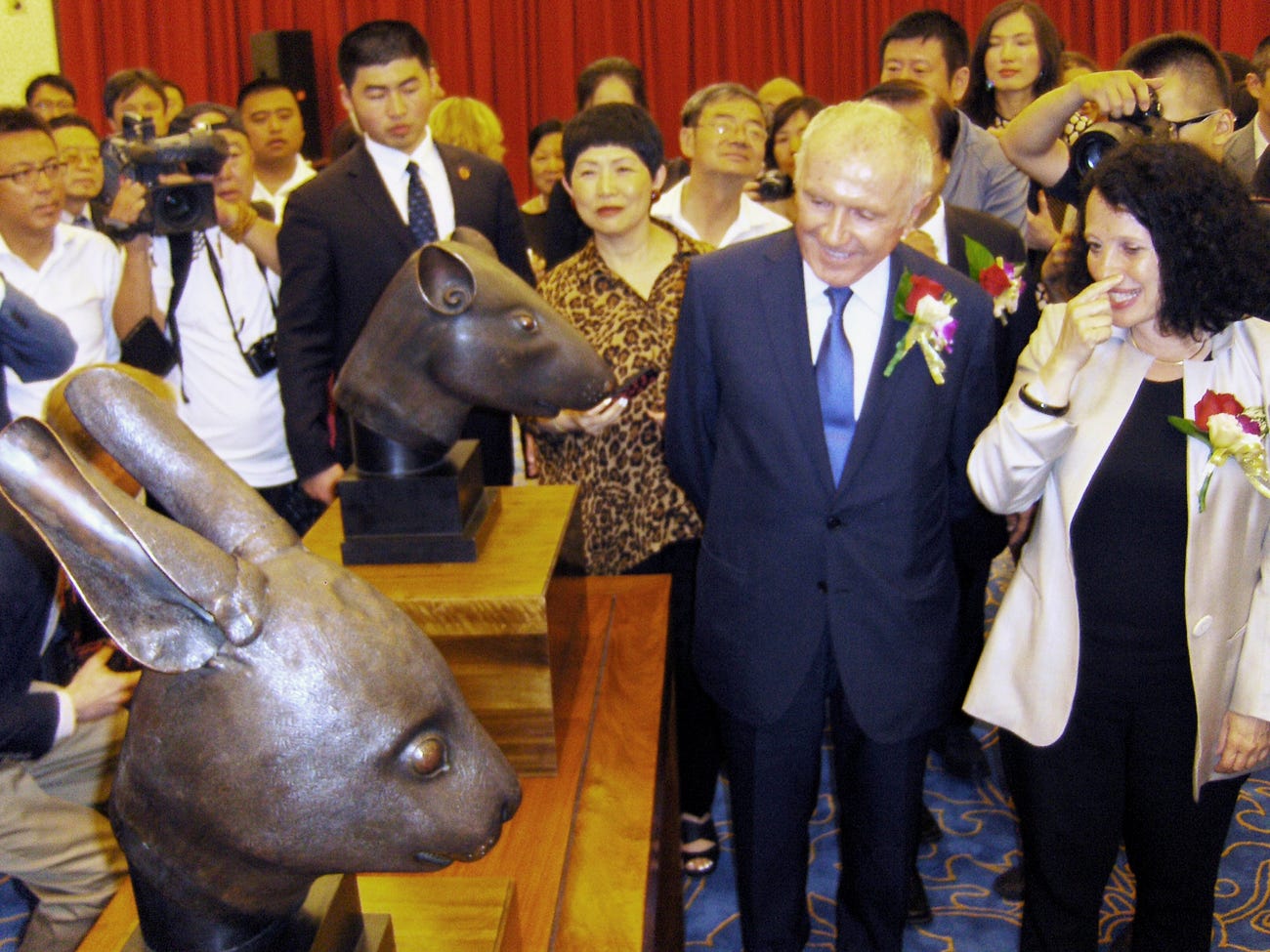 He somehow leads, his friends say, a great many lives: billionaire businessman, voracious corporate predator, perfectionist art collector, sponsor of annual fetes for worthy organisations such as the anti-racist group SOS- Racisme, financier of art-house films and documentaries, close friend of presidents and ministers. ‘He gives of himself with a real passion, a true conviction, and an amazing capacity to get things done fast,’ said one friend, the writer and intellectual Bernard Henri-Levy.

Above all, Francois Pinault is good at making money. ‘He’s so good it’s almost frightening,’ said an analyst at one French bank. ‘He has a sixth sense for opportunities, he times his bids and sell-offs to perfection, he has no compassion whatsoever when it comes to the bottom line. And he’s afraid of no one. Nobody, in France, gets to sit on top of 32 billion francs in a single generation without being very, very good.’

A young businesswoman who gave up Law school, started a juice business and changed her life to become a millionaire

CEO of 6 companies: ‘I cry more than the average person’