Home Heath & Life The dream of early retirement "blown away" when there was an incident,...
Heath & Life

The dream of early retirement “blown away” when there was an incident, I realized that $4,000/month is not enough to maintain my life.

Once you decide to retire early without careful calculation, you will most likely be unable to keep up.

Recently, an anonymous reader shared her story with MarketWatch. It is known that this reader has always dreamed of retiring at the age of 50. She has worked hard and saved since the age of 16. She retires without Health Insurance or Social Security, which is a scary thing.

After 3 years of retirement, circumstances forced her to return to work. At the age of 53, she took a part-time job with a decent salary but very boring. But then her life alarming.

She had major medical problems. Her health was so poor that when she returned to work, they stopped hiring her because they thought she could not keep up with the work schedule. She herself thought maybe they were right. No place will accept to ignore health problems to hire her.

She then applied for disability benefits but was returned. She appealed and was denied while she was in the ICU. Not giving up, she appealed again but was denied because they found this appeal to be identical to her original application.

Her savings amount is not much left and is still running low for health treatment. She applied for early retirement and accepted the penalty because she needed the income, but $4,000 a month was nothing compared to the cost of her prescriptions.

Wanting to retire early is not inherently wrong, many people look forward to taking a break after decades of work. But without proper planning, this decision can lead to unpredictable consequences, especially when an emergency occurs.

“Retiring early is a dream for many people,” says Landon Tan, a financial planner. But those years of not working reduce your chances of a successful retirement more than most other metrics we evaluate when making financial plans”. 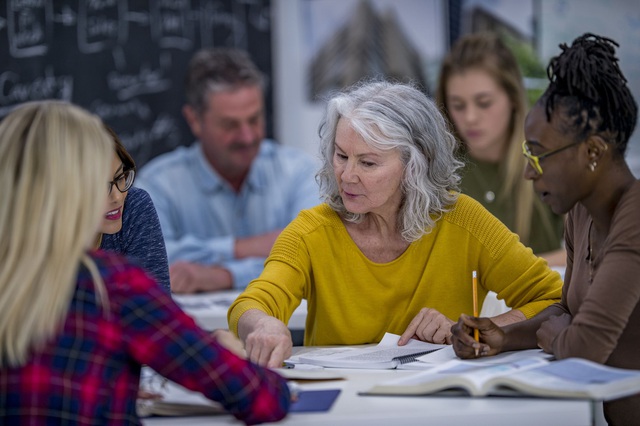 Retiring early means you’ll have many years of spending with no or very little income, and that requires money, a lot of money. When planning for early retirement, those extra years need to be considered, be it at the beginning of your retirement, or at the end if you live longer than expected.

“Today’s retirees expect to have accumulated assets that could last them 10-20 years longer than they used to,” said Glenn Downing, a financial planner and founder of CameronDowning. “Centuries-old people are no longer rare. To retire successfully, it is simply necessary to have more assets.” Anyone should be prepared if living longer than expected so that the money is not more than their age.

Those short years can also affect Social Security benefits, so many elderly Americans make most of their retirement income here. Early retirees should anticipate future social security issues, and how their other plans might impact this.

Leaving the workforce could mean losing opportunities to participate in a group health plan. The pandemic has demonstrated the importance of health insurance in difficult times.

Health care is expensive even in the absence of an emergency. Not everyone takes this into account when they’re dreaming about retiring in their 50s. But if they don’t have the right insurance in retirement, their retirement budget could be blown away quickly, or they will put themselves in a dangerous situation.

How much is safe enough?

It is difficult to calculate how much money is enough for retirement. There is no such thing as a “safe” number before you retire, but there are some guidelines one can follow to find security in old age.

Part of the equation depends on individual circumstances: how much you typically spend in your pre-retirement life, how much you expect to spend in retirement, various financial factors like taxes, housing and utility costs… And big unexpected emergencies can completely derail any kind of financial security.

A recent survey found that retirees tend to focus on the near future, which can cause their retirement plans to fall apart. According to research from the Bar Association, more than 7 in 10 retirees have thought about how their lives will change in the next decades, but only 27% are financially prepared for it. 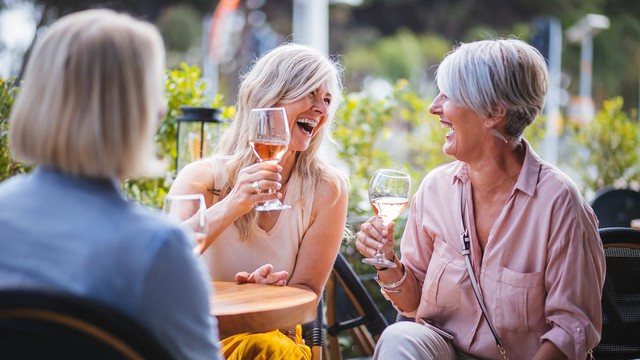 “The world changes really quickly and you need to be prepared to deal with it,” said Anna Rappaport, a member of the Actuaries Association’s Aging and Retirement Program. Before a pandemic, Americans often didn’t plan for life events, and they may not learn from them even after a pandemic breaks out.

Currently, the government has launched a variety of federal and state programs for seniors in need of financial assistance. Among them, the best known are Supplemental Security Insurance and Medicaid (health care insurance for low-income people).

The nonprofit AARP has created a list of resources, broken down by state and including specific services, such as helping people return to work aged 50 and over. GoFundMe also offers financial assistance to older Americans, including options for housing, food, medicine, and finding work.

In addition, states, and sometimes cities, also have departments and offices dedicated to elder affairs. Society is still full of people and organizations willing to help, even though it may not be easy to find.

Share
Facebook
Twitter
Pinterest
WhatsApp
Previous articleWhen virtual reality becomes a reality, you can live happily in the metaverse for the rest of your life
Next articleA smoldering, forgotten problem emerges in the midst of a crisis that is choking the economy

The restaurant shocked people by spending $750,000 on security to deal with unruly diners

Restaurant CEO Cameron Mitchell says his business has paid $750,000 a year in security costs since the pandemic. Add to that the problem of...
Read more
Heath & Life

The Heartbreaking Truth of the Adult Film Industry

Earnings are a rather delicate matter that most adult movie stars don't want to make public. Low salary No one can make money from p*rn. Contrary...
Read more
Heath & Life

How Lunar New Year Is Celebrated Around Asia