Home Life Lessons Aspired to retire at 30, the 22-year-old saves and enjoys life at...
Life Lessons

Aspired to retire at 30, the 22-year-old saves and enjoys life at the same time: ‘I realized that the money I have now is more valuable than it will be later’

If he continues to save and invest as he is now, it is likely that Aaron Brock will achieve that goal.

In late 2020, Aaron Brock and a friend signed up for Tulsa Remote, a program that pays participants if they voluntarily move to Tulsa, Oklahoma. With an income of $200,000 per year, Brock is eligible for the program without worrying about costs. The 22-year-old Brock then thought, “Hey man, this is an opportunity we can’t miss.”

Tulsa Remote is an idea to attract remote workers to the city. Participants will receive $10,000 over the course of a year, provided they live and work within the city limits of Tulsa. The program focuses on building community and aims to help participants “integrate into the local environment, create lasting interpersonal and nurture relationships”. In addition to money and a lower cost of living, Brock has a strong impression on the people here, he has always wanted to participate in the program. The program helped him integrate into a new environment. “I don’t have to move to a new city by myself and build it all from scratch,” says Brock.

The youngest of four siblings, Brock was homeschooled from childhood to adulthood and often spent a lot of time with his parents. They allow him the freedom to explore his interests and find his passion. He started learning programming at the age of 6 and was instantly hooked.

Brock got his first job on Minecraft at age 14 and started working as a DevOps engineer when he was 18. After four years as an engineer, Brock earns about $200,000 a year. This figure includes his base salary of $170,000 and a 20% bonus. Brock feels very comfortable living in Oklahoma on this salary, even without the Tulsa Remote program subsidy.

You can also save most of your earnings. One year from November 2020, most of Brock’s expenses, including rent, utilities and groceries, are covered by Tulsa Remote. For Brock, this is an opportunity to save, especially since his salary is already high.

“I was young and made a lot of money, and I realized that the money I make now is more valuable than it will be later,” Brock said. “If I live very frugally now, that money will accrue interest. Conversely, if I live lavishly now and then have to be frugal in the future, I won’t have that profit”.

To that end, Brock has tried to exploit all the means for retirement to the fullest. In December, he allocated $2,649 to his 401(k) (private retirement fund), bringing contributions up to a maximum of $19,500 a year. Previously, Brock also maxed out his Roth IRA (individual retirement account) within what his salary would allow.

Brock plans to retire early and has calculated that he has enough savings to do so in his 30s. He also doesn’t have any debt. In addition to saving and investing, Brock aims to spend just $1,000 to $1,500 on expenses each month. He gets his parents paid for his phone bills, health insurance, Netflix subscription and Costco membership.

In addition to always eating the same food, Brock only wears purple. This saves him fatigue when choosing clothes and limits his amount of clothes. “I really don’t like having a lot of stuff. If you own something, you have to take care of it and it will own you back,” he shared. “Also, I don’t want to have to make decisions every day and always wear the same thing, like Steve Jobs.”

Brock plans to leave Tulsa this year and travel around the country, although it costs more than living in Oklahoma. “When I was considering buying a van, I determined that this was not the best financial decision,” he said. “A car has a lot of costs, be it insurance, maintenance, and interesting, weird stops along the way.”

Brock says his budget for the year is $14,000. These costs include insurance and maintenance for the van; van purchase tax; the added cost of living therein, such as having to eat more dinners; and the van’s depreciation over time. Because he works remotely, it’s easy for Brock to keep his current job while traveling.

Brock enjoys living in Tulsa and although he has not yet planned his adventure in 2022, he is more than happy to return to the city after traveling. However, he is still not ready to settle down anywhere. “My lifestyle will be a little bit different,” he said. 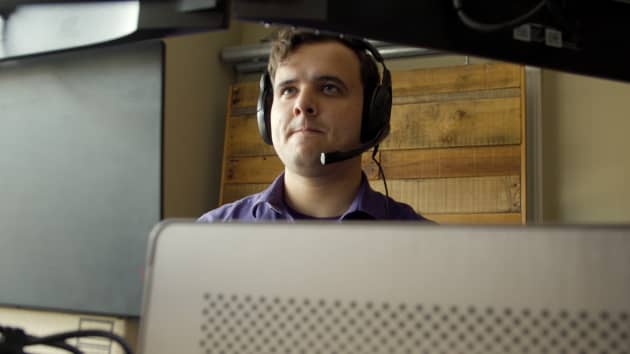 Brock also plans to continue saving. His goal is to save at least $2 million so he can retire at 30. If he continues to save and invest as much as he does now, Brock is well on his way to achieving that goal.

“If I followed the 4% rule, I would make about $80,000 a year without touching the main deposit,” says Brock. “Even though $80,000 is a lot less than what I’m earning now, it’s still worth it,” Brock says. more than I’m spending now.” Ideally, however, he would like to live a little more “luxury” and accumulate $3 or $4 million for retirement.

Right now, however, “I’m focusing on enjoying life,” says Brock. “I want to see the world and experience things I’ve never done before. My circumstances allow me to do that.”

Share
Facebook
Twitter
Pinterest
WhatsApp
Previous articleMillionaire Jay Leno reveals why he’s still working at 71: “I don’t want to be a rich guy sitting in the pool all day”
Next articleA letter to Elon Musk by a media mogul: Work to live or live to work?

Have dinner with customers, do not discuss business, otherwise you will suffer a great loss: Why?

Parties in the office environment are all for work purposes; no party is purely to eat. But should we discuss business at those times? A...
Read more
Life Lessons

Mark Zuckerberg said that every day he has to receive a large amount of bad news about the company. During the Tim Ferriss Show last...
Read more
Life Lessons

Millionaire Kevin O’Leary: Teach your kids about money at an early age because it’s the greatest blessing in their life

Like many other millionaires and billionaires, Kevin O'Leary believes that we should teach our children about money as soon as possible. If you ask investor...
Read more